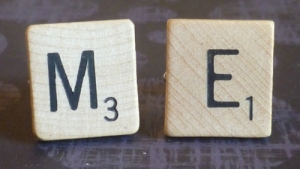 This is a tad overdue, but I’ve been on a couple of podcasts over recent months that I really should’ve given a plug – so here goes.

First up was my début appearance on The Game Pit, A UK show all about board games, card games and tabletop gaming.

It’s a great podcast which I hope to be on again in the not too distant future. I was on ‘Episode 40 – Council Chamber Mega Review of 2014‘ in February with hosts Sean and Ronan, plus contributors Teri, Nathan and Paul. We all picked our board gaming highs and lows of last year and I thought it all turned out pretty well.

Also in February I was honoured to be the first ‘special guest’ on relatively new podcast The Cardboard Console. I expect the fact I met hosts Matt and Andrew at my local game group probably helped, but it doesn’t take away from the fact its a really good show.

The usual format sees them cover both computer and board/card games, as well as a section on anything from TV shows to apps to weird fighting disciplines I’ve never heard of. Episode 15 was largely about the design and publication process of Empire Engine, but I did get to witter on about Deus, Divinity: Original Sin and Person of Interest too.

If you’ve got your own podcast I’d love the chance to spout off on it. I’ve got the interwebs, Audacity installed, a reasonable mic and an opinion on everything – you know where I am!