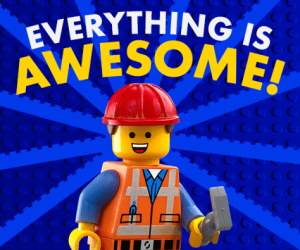 I’ve written before about my own opinions on not giving negative reviews and how I understand this mindset (it takes a lot of time and resources, so they don’t want to waste it on crap games).

But on further reflection it does create a problem for the increasing number of people who rely almost solely on video reviewers for their opinions: what haven’t you reviewed, and why?

The big issue is we don’t know what they’re not enjoying – and equally importantly, what they’ve missed. After all, there’s a lot of games out there now – how do we know what you’ve played and hated, played and thought was ordinary and avoidable, or what you simply haven’t gotten to yet?

Tom Vasel and the rest of the Dice Tower video gang aren’t scared to give a game a kicking and seem to review absolutely everything they can get their hands on. Whether you enjoy the videos or not, or agree with the opinions, at least you’re left in no doubt as to where you stand with them on most of the significant games that hit the market.

Behind these guys, Rahdo, Joel Eddy (DriveThru) and UndeadViking are probably the most popular straight video reviewers and all stick to a combination of positive and/or preview videos (you could also include Watch it Played here). All avoid ‘wasting time’ on the crap and have no illusions of reviewing but a small percentage of the annually released games. So where does that leave us, the viewers, who want to help ground ourselves through their opinions?

In a word, short. Has Joel ignored Istanbul because it wasn’t Constantinople? Does UndeadViking think Netrunner is a worse TCG than Yu-Gi-Oh, or would Rahdo rather be caught playing Snap than Star Realms? Or will they review them next week – or never at all – simply because they haven’t seen/played them yet?

One solution might be an occasional ‘misses’ video. This could be easy on production values – chat and occasional box lid shots – and include four or five games in one go, linked to each appropriate game’s video channel. This is the important part, as easily finding these opinions is as important than putting them out there.

It could be as short as a few minutes per game, simply stating why it didn’t float their boat and subsequently won’t be getting the full review treatment. Or could of course be a lot more fun. Several video reviewers shooting the breeze together while doing this could be even better. Alternatively, a simple list might work (even if it’s much less satisfying); a ‘Geek List’ of games that won’t be getting a video would be sufficient, for example.

All that said, no one should rely on these guys to form an opinion from and I expect to get a bit of negativity for even suggesting this, but despite the fact video reviewers – like 99 per cent of board game journalists – are doing this for fun, it doesn’t hurt to step back and think about the fact that, whether they like it or not, they are pretty big fish in a small pond.

For links to these video reviewers and more, see my guide to board game videos.

4 thoughts on “Board game journalism: The ‘positive videos only’ problem”